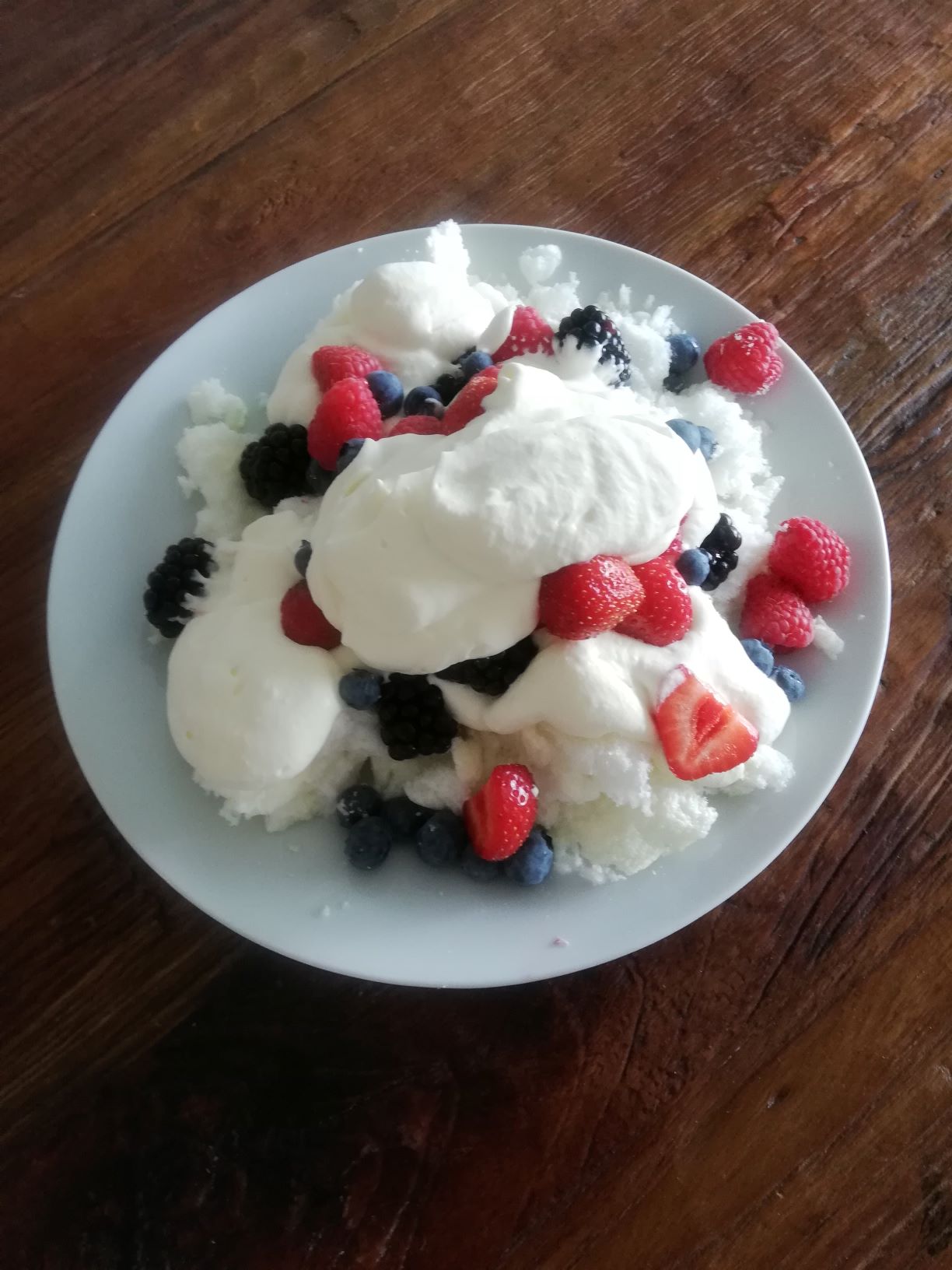 Might it be a true story? Was the original Eaton Mess really an accident with a Pavlova or a strawberry meringue pie? Not really, probably, but it is too good a myth to not tell the story while serving this eye-catching delicious desert.

The smooth vanilla cream, the berries and the crunchy meringue make for a feast of textures.

The hardest part in the recipe is making the merengue. Learn from my mistakes!

Below this recipe you will find a few shortcuts, and hyperlinks to recipes from our kitchen heroes.

Baking a meringue takes some practice. Mistakes I have made include not whipping the mixture long enough, not having split the eggs perfectly, whisking in a bowl that was slightly greasy, oven temperatures too high or too low, but once you get these factors straight it your meringue will come out perfectly.

As the oven temperature is important, make sure the temperature indicator of your oven is accurate (for instance by putting an oven thermometer inside).

You can make your Eton Mess look pretty, but I prefer mine to look messy, thus enhancing the myth about Eton Mess.