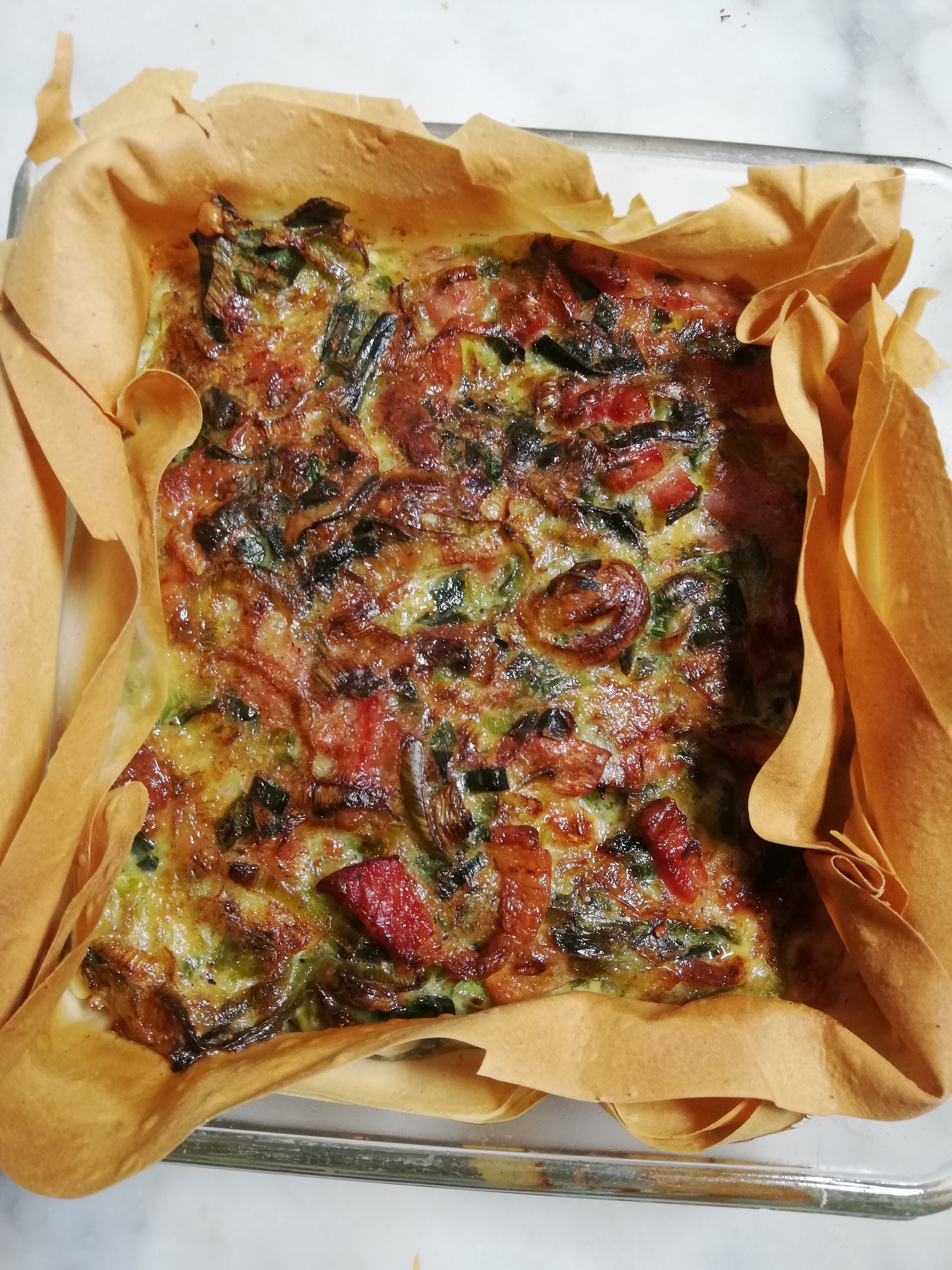 Quiches can be made with all kinds of vegetables. The combination of eggs, cheese and bacon make this dish true comfort food.

When making a quiche, look for two contrasts. The first one is flavors. The second one texture.

In this recipe the saltiness of the bacon contrasts with the mild egg mixture, and the crispy filo crust contrasts the soft filling.

In this particular recipe, I use endive, cut in strips. But you also could use leeks or Brussel sprouts (with longer cooking times).

Cover a greased oven dish with several sheets of filo dough, roughly positioning them to get individual layers.

Fry the bacon bits until slightly crunchy; then set aside to cool.

Break three eggs into a bowl. Whisk well. Season with some salt (not too much, as the bacon is salty already) and freshly ground pepper.

Grate some cheese and stir into the egg mixture. Use cheddar, aged Gouda or your favorite cheese. Now stir in the endive, making sure that all strips are covered with the egg mixture.

Finally, mix the bacon bits in, leaving a handful to put on top. 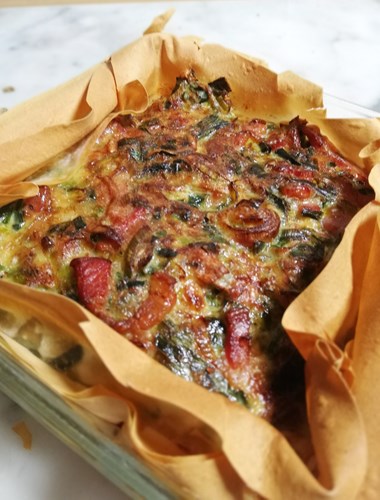 Cook in the oven at about 140° Celsius (280° Fahrenheit) until the filo is nice and crisp and the filling has set firmly. By cooking at a relatively low temperature the egg mixture will have more time to increase in volume and should be fluffy inside.