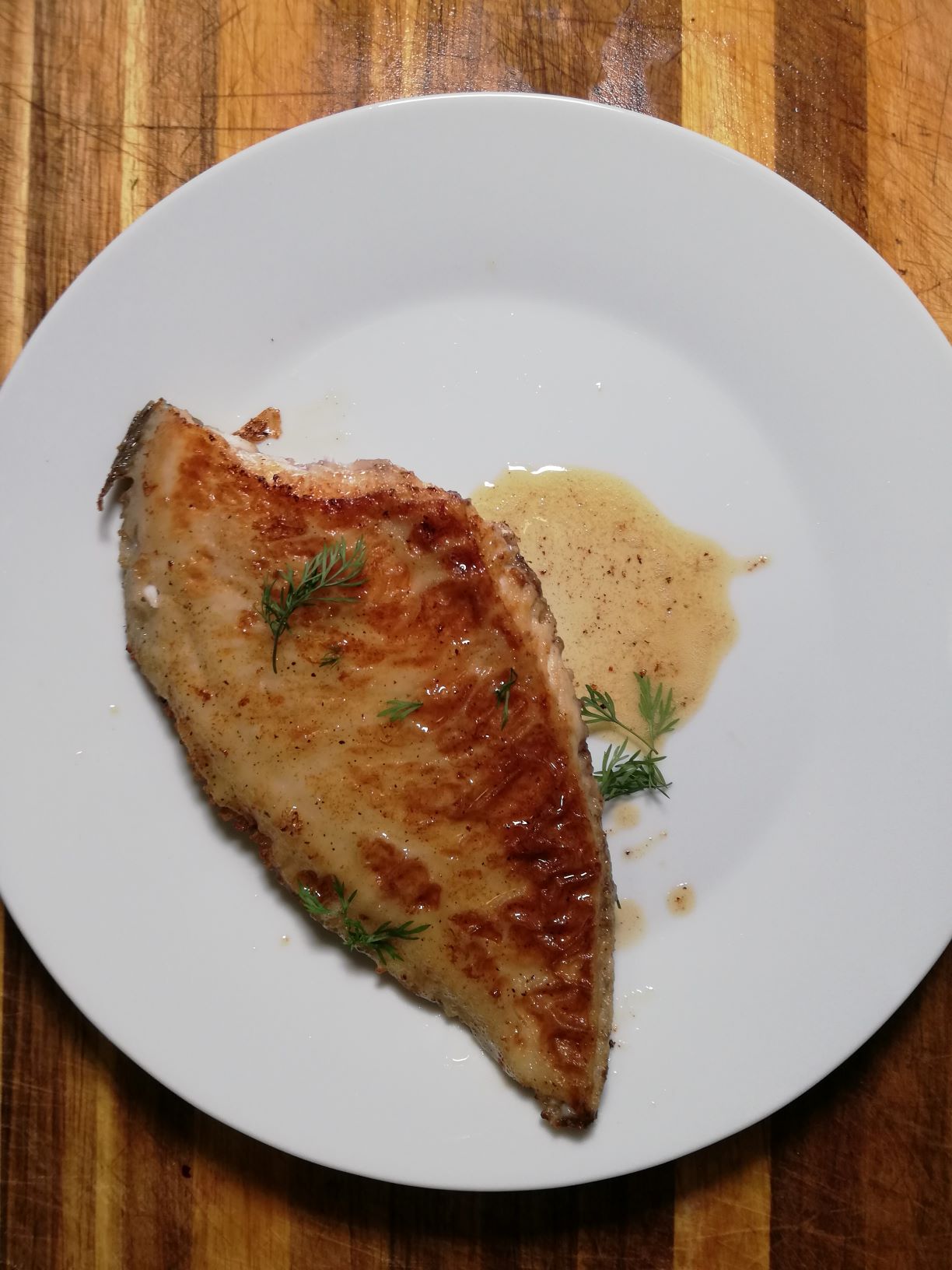 Turbot is a treat to any seafood lover. And, once you understand the anatomy of this fish, you will be able to serve it whole, filleted or simply cut into halves.

Serve with a homemade sauce!

Turbot may be caught in the Northern Atlantic, the Baltic Sea and, according to some sources, in the Mediterranean Sea. It is a relatively big flat fish, that lives at the sandy bottom of these seas, mostly in relatively shallow waters. There is some aquafarming of turbot, but most are caught by trawling fishing methods.

Turbot can grow up to about a meter long (over three feet), but the turbot you buy at the fish mongers will most likely be something like 30 centimeters (or 12") tall, weighing up to 1 kg (35 ounces).

With weights like these, a single fish will be too large a serving for one person. So there are two main options: cut the fish into two halves, or filleting the fish.

How to fillet flat fish?

There are some excellent instructions on YouTube how to do this. Here is one.

If, rather than filleting the fish, you simply want to serve halves, remove the head, the tail and the "skirt". This is the part of the fish with fine bones in it and hardly any meat. Use a good pair of meat scissors to remove the skirt. Now find the spine of the fish and cut it in half along that line. This may take some force; if needed, place your kitchen knife on top of the spine, and hit the knife with a wooden meat hammer, rolling pin or similar.

The process is very simple. First, make sure the fish is dry, using kitchen towel if necessary.

Next, dust the fish with plain flour on each side. Season with some freshly ground black pepper.

Melt a good amount of unsalted butter in a large enough skillet. When the butter starts turning slightly brown, add the fish to the pan. Moving the fish around a little bit will prevent it from sticking to the pan.

For your fillets, cooking time is maybe a minute and a half per side. Overcooking causes the fish to fall apart. 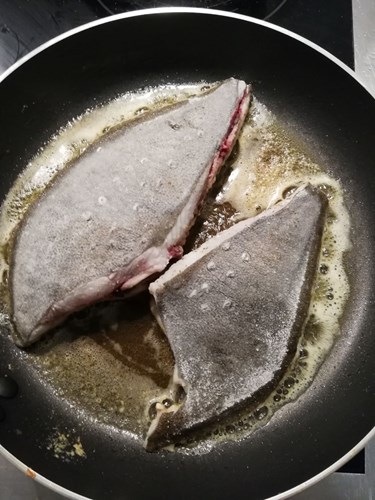 Drizzle some lemon juice over the fish during the last minute or so of frying. Serve with the butter from the pan, or with your favorite sauce (such a whiskey cocktail sauce, or ravigote sauce). Bon Appetit!