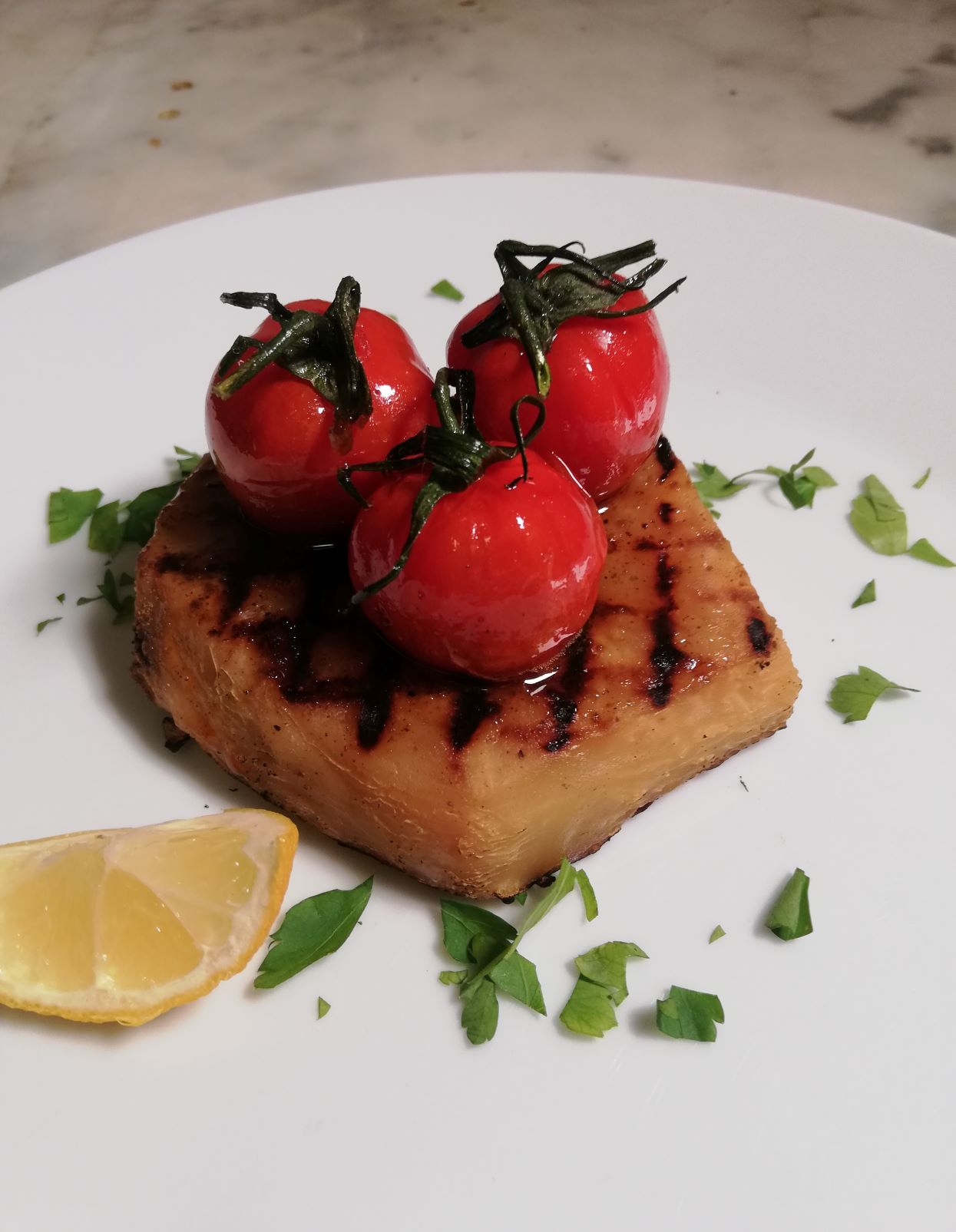 The swede, or parsnip as this vegetable is known in some parts of the world, is generally underappreciated. But reading Yotam Ottolenghi's book Flavor motivated me to start experimenting with it. The swede steak is definitely something I will cook again.

The secret to vegetables such as swede and celeriac is slow cooking.

First of all, do not peel the vegetable, but rub it with some olive oil, season with black pepper and sea salt, and, with some rosemary and thyme, wrap tightly in aluminum foil.

Put in the oven at 180° Celsius ( about 360° Fahrenheit). After about an hour and a half later, stick a skewer into the veg (through the foil, from the top so any oil or fluids will not leak out). The skewer should reach the center with only some resistance. If still too firm, try again after another 30 minutes. Cooking times of course vary with the size of the veg. The above times are for a 1 kg swede.

Once out of the oven, let the swede cool down inside the aluminum foil. Cut slices about 2 cm thick (4/5th of an inch).

To add some complexity, coat both sides of the steak with spicy oil. I usually have some chipotle oil (simply made by grilling some lengthwise cur chipotle peppers, and covered with a light oil, such as rapeseed oil; the oil will be infused with the chipotle after a few days).