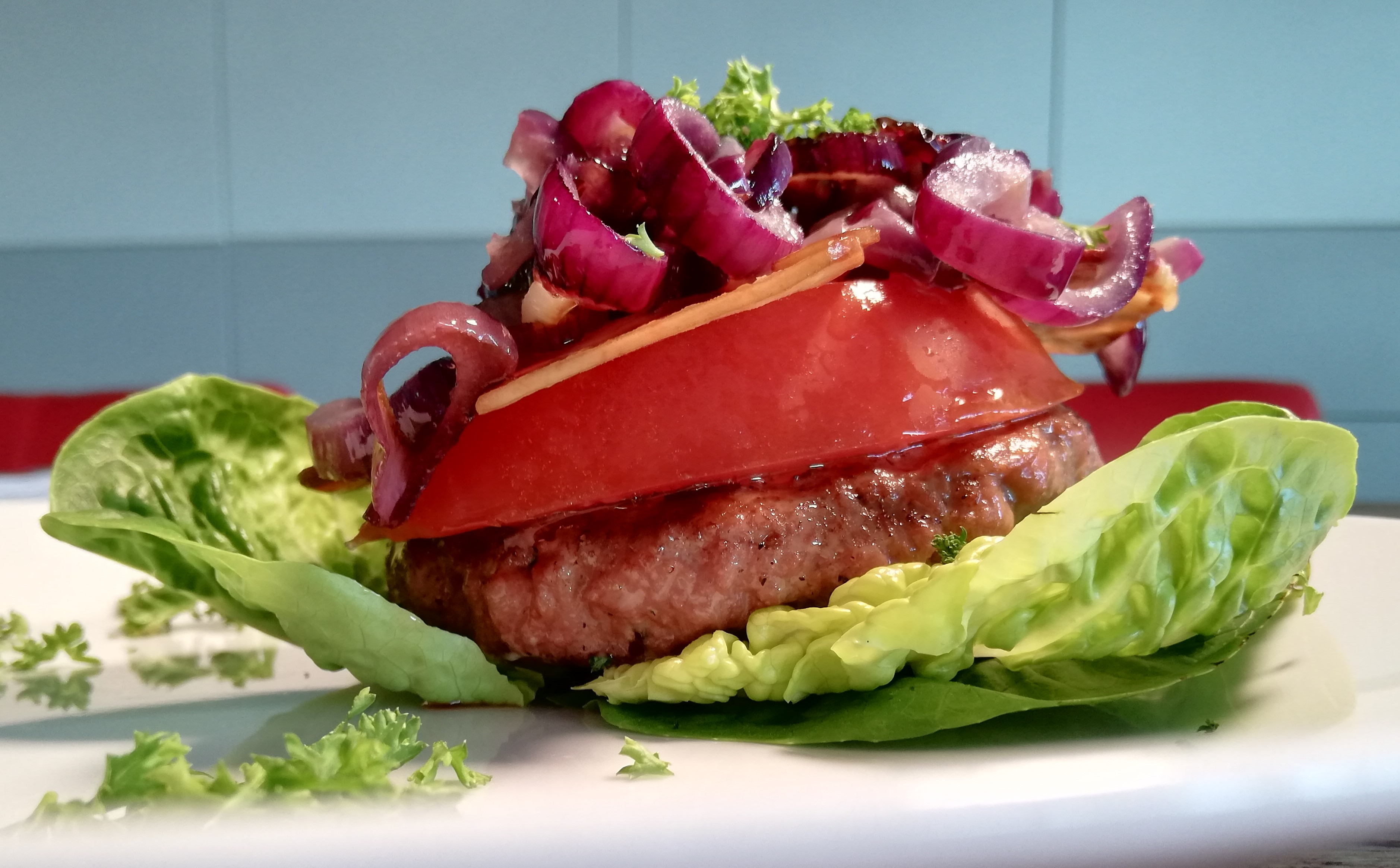 These days vegan hamburgers are so good, they have become a great and responsible substitute even for big meat lovers.

Many people want to change their patterns because they have become aware of the impact we have on the planet. One way to do that, is by eating less meat.

But now it is so easy to add a Vegan Wednesday to your schedule. Vegan meat substitutes have become really competitive as far as taste goes - and price as well.

You could make your own vegan hamburger, or just buy them ready-made. My favorite brand is Beyond Meat. McDonald's actually did a try-out with their burgers; unfortunately, this was not successful in the United States. Burger King had a similar experiment with the Impossible Whopper.

Panfrying your vegan burger is the best way to prepare it; but barbequing works as well and adds this nice smoky flavor.

If you want your whole meal to be vegan, make sure to use vegan mayonaise as well. This is now a common product in supermarkets.